I must admit it has been rather a MIXED BAG since our last post, we reached California:

Saw one of the most beautiful sunsets I have ever witnessed in Trinidad:

We caught up with our gorgeous friend Bonnie who works at Skywalker sound- GEORGE LUCAS’S studio, and mixes sound for Disney films: 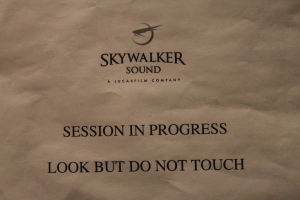 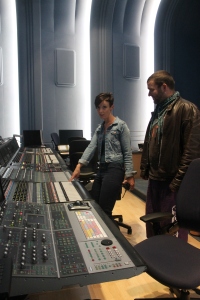 On leaving San Francisco we got about 14 miles South on highway 1 and broke down going up a hill…. Our ‘marvellous’ breakdown company ‘Good Sams’ turned out to be devils in disguise and refused to help tow us off the highway for TWO DAYS!!!!!!! (Don’t worry, a sternly worded email has been written, received, and apologies have been made)… We ended up with a parking fine and a warning from the SHERIFF that he would tow us off the hill in 72 hours:

Luckily Good Sams got their act together and poor old Harvey was scooped up, tail between his legs, to a garage:

In a nutshell, we thought they fixed it, they hadn’t, on the way BACK to the garage we overheated (a totally different problem to the initial), Rich spent a week trying to fix the overheating problem, broke a few other things on the way: 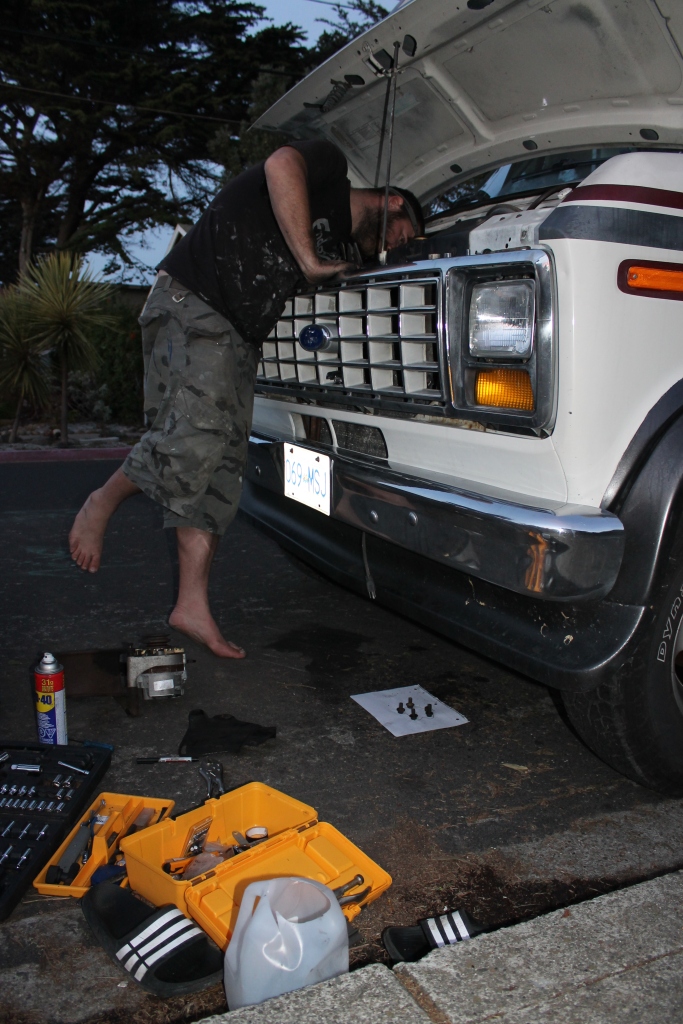 Eventually fixed it, took it for a test drive and of course the FIRST problem reared it’s ugly head again, and now we are once more, broken down at the top of a DIFFERENT hill. Hopefully Mr Sheriff will steer clear until the garage can fit us in again on Monday.

We managed a spot of busking to fund our mechanic bills last weekend and ended up having a great time. Lovely lovely people gave us lots of money and danced in the street with their children and Timmy. We felt a bit better after that. And could afford to buy ketchup and mayo which we had run out of. DISASTER!!!!!

We now face every English-person’s nightmare-

WE ONLY HAVE THREE TEABAGS LEFT.

So busking it is tomorrow, to earn the right to a proper good brew.

There are worse places to break down dear readers, Pacifica has a gorgeous beach: 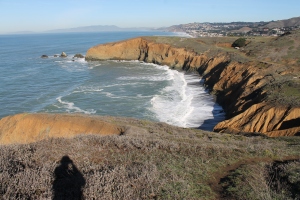 Pacifica in the background.

Sunset over the pier.

and friendly people, however we REALLY HOPE we can bust a groove out of here soon……

Still, it’s all part of the adventure….

4 thoughts on “Busking and Breaking Down….”